The store will not work correctly in the case when cookies are disabled.
Menu
Menu
Account
Settings
Currency
AUD - Australian Dollar
AUSTRALIA WIDE DELIVERY
Skip to the end of the images gallery 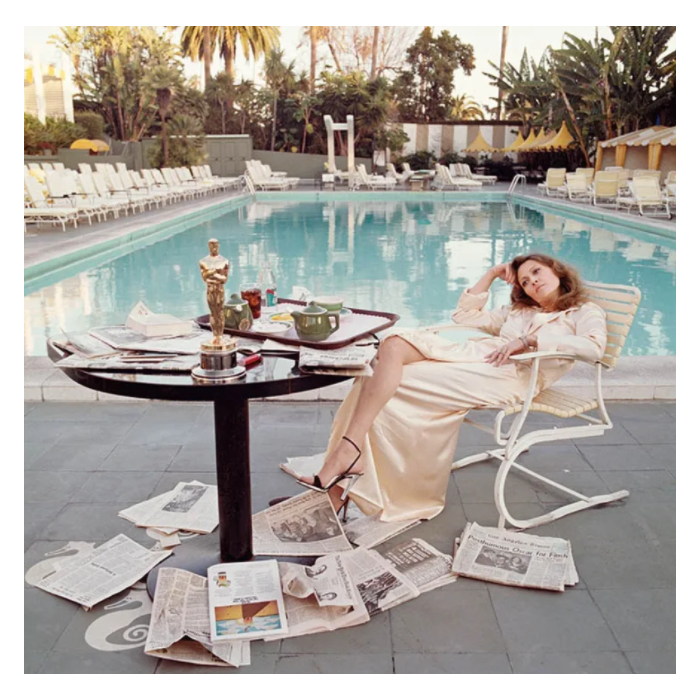 Skip to the beginning of the images gallery

In Collaboration with The Lyons Gallery

I was photographing her on an assignment for People Magazine at the time — they always did a piece on the girl they think is going to win. Anyway, they picked Faye Dunaway, and while we were doing the pictures, I said to her, “I’ve been to the Oscars before. If you win, they always take the same pictures of you receiving the statue in the press room.”

I knew that wasn’t the real story — the real story is the next day, when they realize suddenly they’re getting all these offers to do films, their value goes from $100,000 to $10 million, and they’re just sort of stunned.

I wanted to capture that, so I told her my idea, and she was sport enough to do it early in the morning at the Beverly Hills Hotel. She got up at 6 a.m., and we got that great picture. It’s become one of the most Hollywood pictures of all time. O’Neill and Dunaway later married, in 1983, and stayed together until 1987.

Terry O’Neill is one of the world’s most collected photographers with work hanging in national art galleries and private collections worldwide. From presidents to pop stars he has photographed the frontline of fame for over six decades.

In stock products are available for immediate dispatch from our Melbourne warehouse.

Pre order pieces require only a 50% deposit to order and are usually delivered in APPROX. 10 - 12 WEEKS.

Customisable product’s from Munna and Ginger & Jagger are usually delivered in APPROX. 16 - 20 WEEKS.

For a more exact lead-time and to ensure this product is available straight away from our supplier please LIVE CHAT our concierge or email: concierge@jamessaid.com.au